The following information was put together several months ago, since then Troop 1776 has been fundraising and donating to keep this young Scout's dream of becoming a doctor alive:

In January I used my vacation time to travel to Bangladesh where I volunteered with Hands On Disaster Response (HODR.org) and worked to help some people in a cyclone ravished area of Bangladesh rebuild their homes and lives. Before I went I contacted the National Scout leader in Dhaka, the capital city of Bangladesh, and asked him if he thought I might be able to meet Scouts in the remote area where I would be working. He said he did not know, but it was possible. There are remote pockets of Scouting all around the country. My wish was to work with Scouts on a local community project.

When I arrived at the volunteer center in Rayenda, Bangladesh, I met the Project director and after some general conversation he discovered hat I was a Boy Scout Leader. Mark told me that his Father was an Eagle Scout and he was very proud of his accomplishment. He also told me that he had met a great boy in town who had acted as his translator and helped him find his way around the village when he first arrived. He also told me that the boy was a Boy Scout, a River Scout which is part of the venture program. I told Mark I would like to meet Rakib. On my first day off Mark took me to meet this Bangladesh Boy Scout. Rakib took me on a tour of the village, and later we met his family. He talked much about his scouting experiences and his desire to earn the Bangladesh Presidential Scouting Award. This is the equivalent of an Eagle Scout in the US. He proudly showed me a program from the Bangladesh Centennial of Scouting Jamboree he attended in 2007. Rakib also showed me his report card. He had all A's. He informed me that he wanted to go to medical school and to become a doctor. His family is very poor and cannot afford to pay for his school and his scouting events. I thought I would go to Bangladesh, meet a scout, do a service project, and return home with only a memory of the experience. I found out "be careful what you wish for". I came back feeling an obligation to help a Boy Scout named Rakib to become a doctor. Following is a message that Rakib gave to me to pass on to the Boy Scouts in the USA.

My all Scouter friends, first by I like to give you my cordial love. You know before about me by Bob. I think that he told you about my condition. Now I am staying such a situation that not being capable of continuance of my educational expenses that my education will be stopped and my scouting will be stopped. My Father is not capable to continue my other three sisters study because in this Sidr (cyclone) our only earning doing rice shop totally destroyed. For that we are in very much danger. If you want to help me I will be very grateful to you and thus be able to continue my study and scouting. At last I tell you that if I stop my education and scouting I wish that you would not stop scouting. I think scouting is a great profession and by this we can help all people. Bob visited all my condition. I think he is very affectionate to me. Be happy with a good health and mind.

Be our motto, One Promise, One World.

Before I left Rayenda I stopped by Rakib's home to say goodbye. It was very emotional. As I was departing Rakib said "One promise one world, God be with you" I said Rakib, a Muslim, "the God you worship and the God I worship are a bit different" Without skipping a beat Rakib said "We are all going to die someday, God knows who the good people are."

I call Rakib every Sunday to see how he is doing. He took his final exams for his first year college on March 15. He did very well and informed me he had a 4.94 GPA. Rakib's family does not have the money to help him with his education goals. He owed a balance of about $550 for payment on his first year of college, which he needed before he could take his final exam. He also needed $80 for a Scout Jamboree activity. I was able to raise that money and sent it to him as a gift from the Boy Scouts. He is very grateful for the money we sent. Rakib also has three tutors which charge a very small fee which his family is able to pay or barter for.

During his two week semester break before starting his second year of college he attended a National Jamboree where he learned advanced Scout skills with Scouts from Bangladesh, India, Nepal, and Thailand. He traveled on a bus for 17 hours to participate in a Scout Jamboree where he will have the opportunity to earn his 3rd stage of a five stage process to earn his Bangladesh Presidential Scout Award. Rakib also told me that he told many Scouts at the 2008 Jamboree, his class mates and principal about his compassionate new Scout friends in the USA.

Rakib is now in dire need of $1400 for payment of his second year of College. He needs all of the money before he can start school. Rakib has asked for help from BSA Scout families. He told me that if we can help him he will be able to help many people. I'm asking Scouts for donations for Rakib. Checks can be made payable to BSA Troop 1776, note that they are for Rakib Islam's education fund. It would be great international service project to adopt Rakib and help him pay for medical school over the next 6 years. Rakib also informed me that one of his years of medical school would take place in the US. The Patriots Path Council Scouts could raise funds for this third world Boy Scout half way around the world and track his progress toward his goal of becoming a doctor. 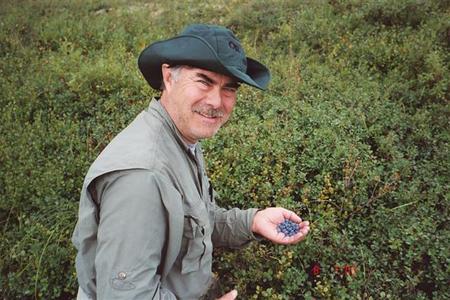